Here at GlobeIn we love to celebrate and empower women. From our customers, our staff, and artisans around the world, we are so thankful for the power of women coming together to create change in the world. As part of the efforts in creating fair and equal pay, we would like to spotlight some of our amazing female artisans and the work they are doing. Each of these women have risen from struggle, poverty, and loss to become thriving, happy, and empowered women.  GlobeIn is proud to be a part of their story and we continue to cheer them on and support them with all their business endeavors. 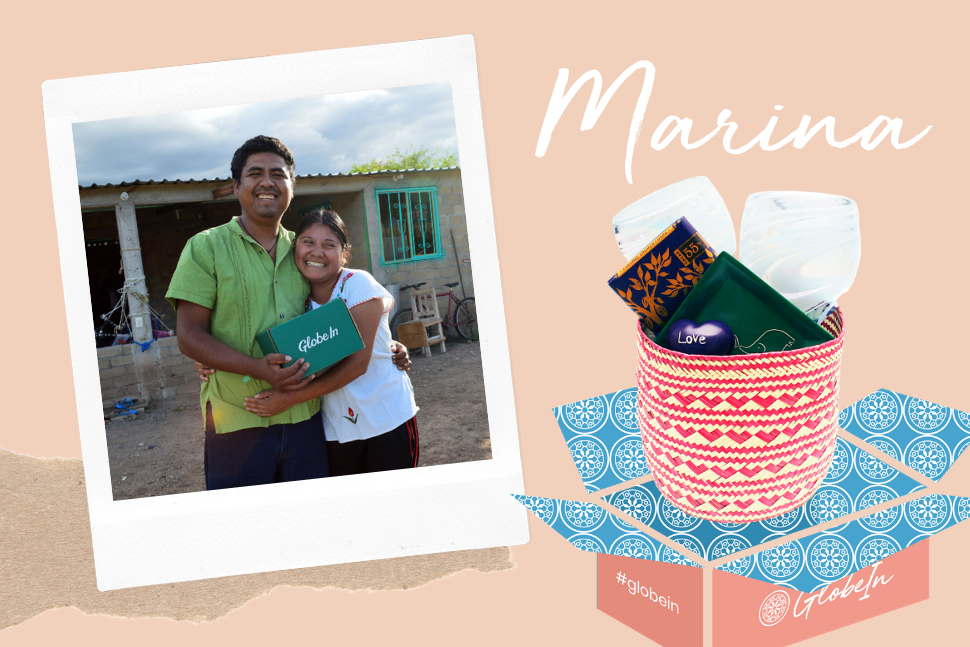 Marina is a bit of a celebrity for those who have followed GlobeIn for a while. Marina has been with GlobeIn since the beginning, weaving and crafting the palm leaf baskets that are the foundation of so many of our themed boxes. Marina and her husband have built their basket weaving business through GlobeIn and now oversee 50 weavers in three villages in and around Oaxaca. Through her partnership with GlobeIn, Marina has been able to expand her home from one small room to a complete house with a kitchen, workspace, and windows. 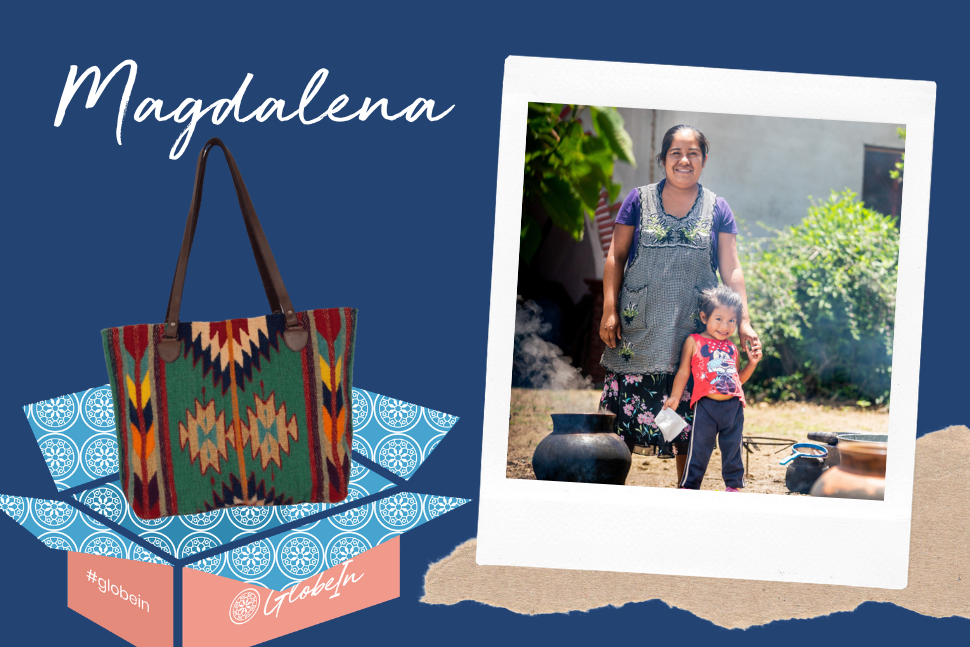 Because of Marina’s success, we are able to hear even more encouraging stories of artisans, such as that of Magdalena. Magdalene learned the art of wool weaving from the time she was 13 years old. Tragically, when she was pregnant with her son, her husband died and she lives with her parents and son. However, because of her work as a weaver, Magdalena has hope for the future. She is working to save money to have her own house and wants to save money for her son to go to college. She relates this is one of her most important goals, and because her work as an artisan is valued by Marina and GlobeIn, her dreams can come true. 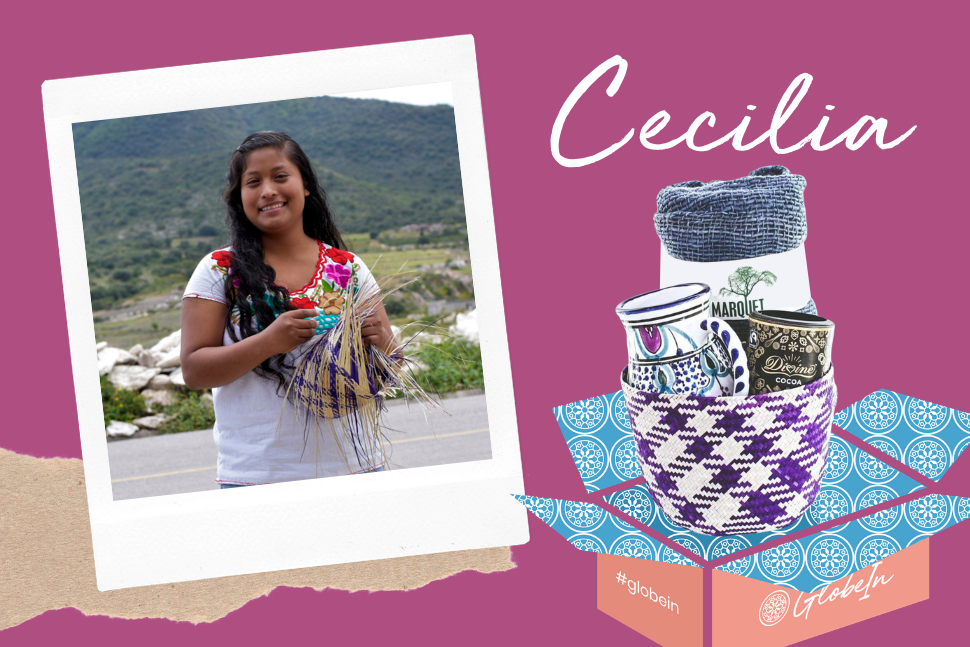 Cecilia is a young 22-year old weaver who lives in a town about fours from Oaxaca. She has become an integral part of the team there, as she is able to speak both Spanish and the ancient language Zapotec, which is the main language used in her village, San Cristobal Amatlán. As a translator and weaver, Cecilia plays a vital role in communicating between the artisans of the small village of San Cristobal Amatlán and the other team members in Oaxaca. Her goal consists of building stronger walls for her home to help keep her safe and dry during the rainy seasons. 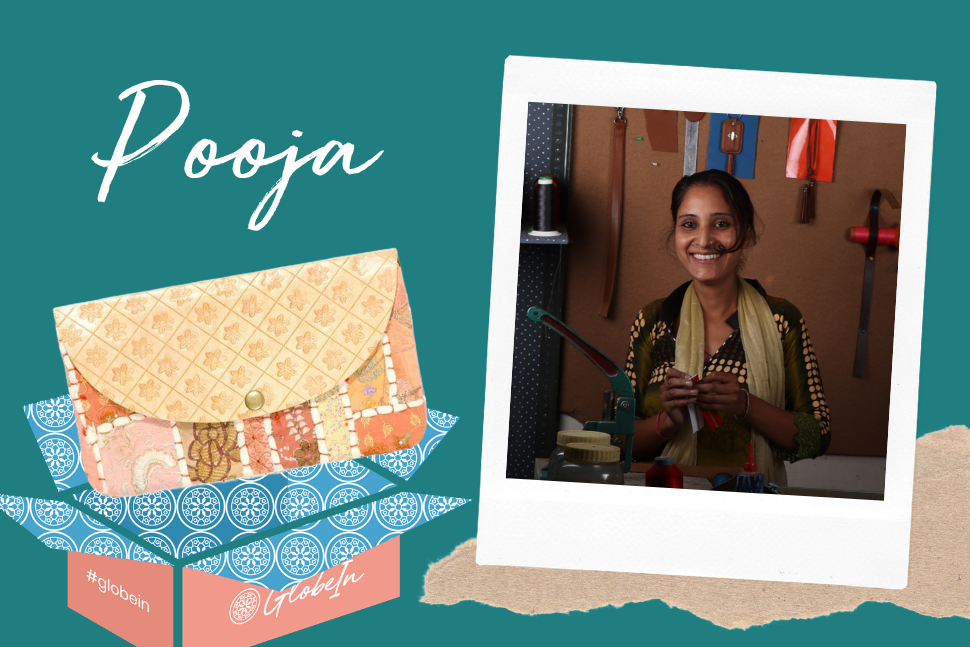 Half way around the world in India lives a young woman named Pooja who has been working on her craft successfully through fair trade for the past three years. She is responsible for taking care of her mother and younger brother as her father died four years ago. She has full-time employment, working on the stitching team at her place of employment as well as being in charge of the quality control department.  Where Pooja works in Jaipur the theme is, “Thought of a dreamer, skill of an artisan,” and Pooja’s dreams of supporting her brother’s education and taking care of her mother are dreams that are coming true through the fair value given to her skills and work. 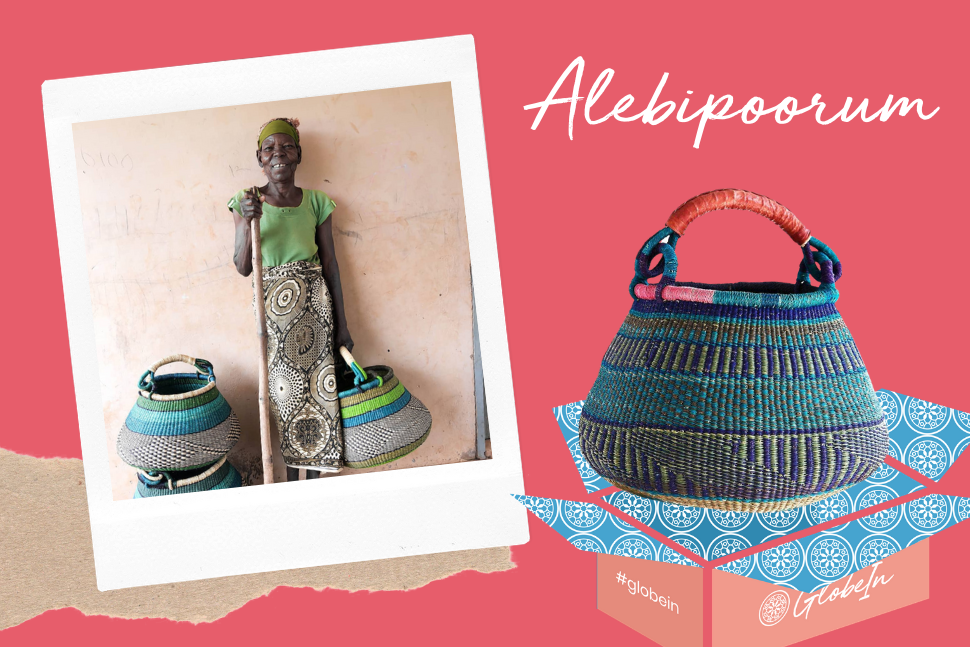 Alebipoorum has been weaving baskets for over 20 years. Now that fair trade has been introduced in her rural community, she is able to save money in the bank and provide education for her children. She weaves vetiver grass that is dyed in different vibrant hues, which makes the Bolga baskets our customers can’t get enough of! It takes Alebipoorum seven days to create one basket by hand. Her picture says everything about the hope, joy, and confidence she has in her trade and ability to provide for her family. 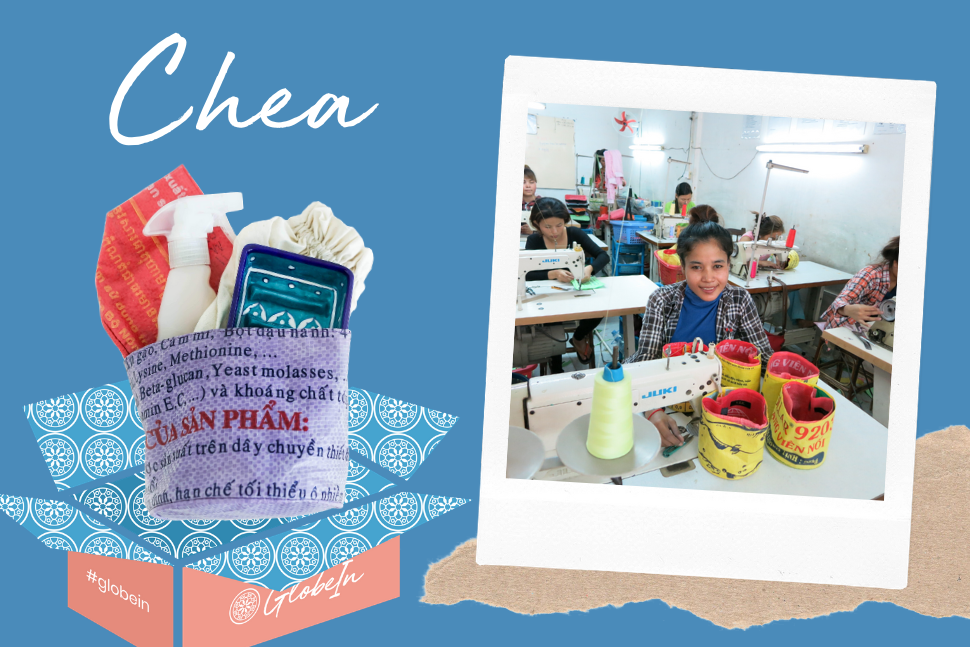 GlobeIn partners with other fair trade companies and artisan groups to empower more artisans around the world. One group, Peace Handicrafts, was established in 2002 and gives employment to landmine victims, disabled persons, and the deaf. One such artisan is Chea. Chea is unable to hear or speak, which led to her dropping out of elementary school and being ridiculed. She learned to read, write, and sign when she was 18 years old and learned to help her family earn a living by weaving doormats out of scraps of fabric. This led Chea to pursue further training in sewing, and now at the age of 24 she works with Peace Handicrafts full-time. She is part of the award-winning team that creates products from hand-woven silks and recycled materials. 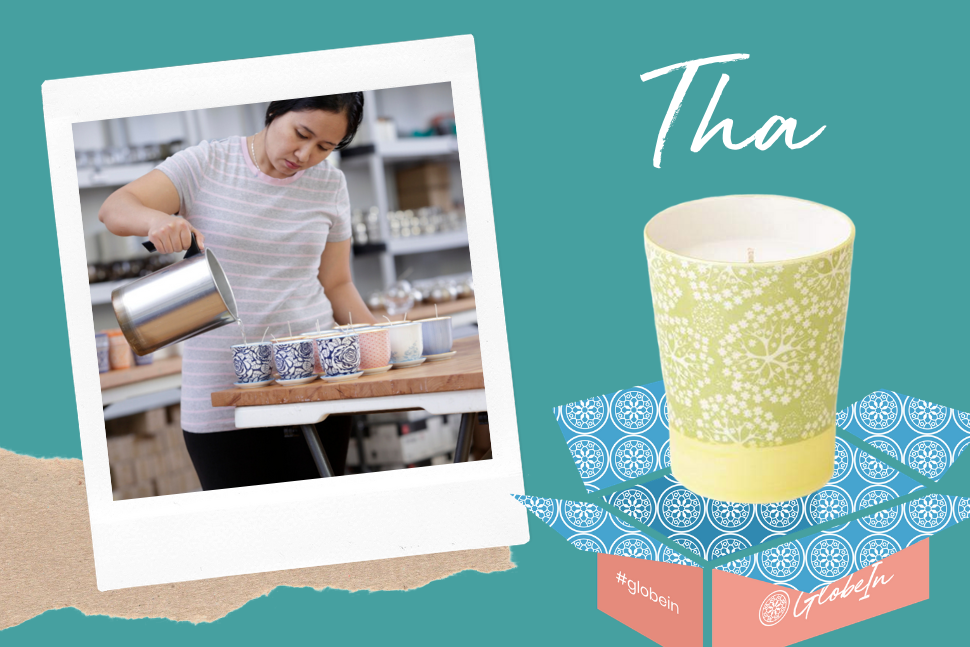 Prosperity Candle is a company in Massachusetts that creates soy blend candles in hand-painted containers. They employee women artisans and refugees, like Tha. Tha and her family left Burma when she was only seven years old and lived in a refugee camp in Thailand. She spent 20 years being displaced, moving from camp to camp, until 2010 when she was given an opportunity to come to the United States. She met her husband at one of the camps, and together with their four children they came to the United States in search of freedom. She now has a secure job with Prosperity Candle and a home. Her dream is to become a U.S. citizen, and through the opportunities given to her, this is a dream that is likely to come true.

These are just a few of the stories of amazing women GlobeIn has been able to meet and get to know. Their stories are stories of hope, tenacity, and bravery, as each one is pursuing a dream of a better life. Through GlobeIn and their partnerships, these women are getting the pay they deserve and a life that only felt like a dream. This is why it is so important to support women owned and operated businesses, artisans who are paid fairly and equally, and companies that stand behind fair treatment of all their workers, including women.

Together, we can celebrate the beauty of all that women have to offer this world.

Our International Women’s Day Sale ends 03/08/20 11:59 PM (PST)
Use Code: BALANCE4BETTER for 25% OFF entire order. Thank you for helping us empower women
around the world every day.

in Virginia with her husband and four children, Laura enjoys writing and is an avid reader, as well as one who tries to raise as much awareness as possible about ethical brands and causes, while building community with those who are of the same mind. She thoroughly believes deep conversations happen around a dining room table, especially over coffee and desserts.