In a recent GlobeIn curated box, mavens were delighted to receive a fully usable, large tagine with which to cook. However, if you have never worked with one before, how to best use this lovely hand-painted ceramic can leave you a little stumped. Below are step-by-step directions on how to care for your tagine, the best way to cook with it, and a few bonus recipes from a favorite Moroccan food blogger. 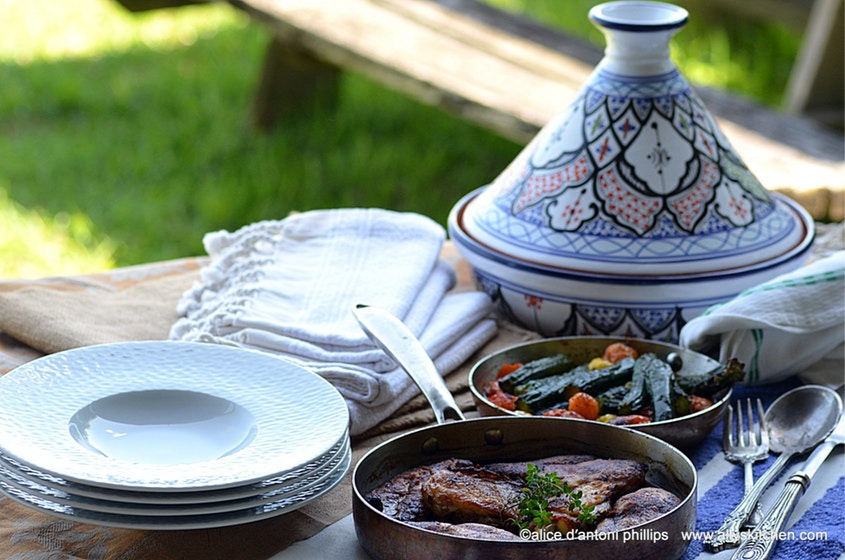 The first thing to do with your tagine when you get it unwrapped is to “cure it.” Because the tagines in the GlobeIn boxes are glazed, this will be a little different than one that has exposed clay.  However, all tagines should be soaked before use, allowing the water to absorb into the clay. So carefully take your beautiful tagine and soak it in cold water, instructions direct from the artisans themselves. Soaking should last at least an hour, but you can soak them longer. After you have soaked your tagine, it is ready for use.

When using your tagine, it is important to not allow extreme changes in temperature, such as putting cold food/liquids in a hot tagine or placing a hot tagine on a cold surface. You will want to heat your tagine slowly, and use a heat diffuser on the stovetop. Do not heat it above a low setting, unless otherwise directed, to avoid cracking. Allow the food to come to a slow simmer.

3. Washing and storing your tagine

After you have prepared your delicious tagine meal, you will want to make sure you are properly washing and storing your tagine. DO NOT PUT IN DISHWASHER. Tagines should only be hand-washed with a mild soap or vinegar and baking soda. Some people like to rub their tagine with olive oil on the inside after washing it, including ones that are glazed, but this is optional for glazed ceramic. However, it is important to towel dry the tagine and store it with the lid slightly ajar so that the clay can breathe. Glazed ceramics are more prone to develop mold when left unused for a while, but can easily be cleaned with vinegar and rubbed with olive oil before the next use.

It is normal for tagines to develop small hairline cracks along the bottom and insides of the tagine. Often this occurs when the tagine does not have enough liquid in it and the food is dry while cooking, or when there is uneven heating of the tagine. Deeper cracks may be the result of exposing the tagine to extreme heat differences. To fix smaller cracks or leaks, mix two teaspoons of water with one teaspoon flour to create a paste. Spread the paste on both sides of the crack and around the crack. Let the paste dry slightly and then cook as normal. As the clay heats, the paste will act like glue and fuse the crack back together. Do not wash off the paste until after you are done cooking and the tagine is completely cooled. You can repeat this process if you still notice some leaks or cracks.

Similar to a cast-iron skillet or dutch oven, a tagine will last for many years and will naturally season with time when taken care of properly. With a little practice and the right recipes, you will be enjoying traditional Moroccan food in your own home.

Need some recipes to try? We got you covered! Here are three recipes for the tagine to get you started, with traditional Moroccan flavors. Try the Beef Tagine with Green Peas to get acquainted with using the tagine. Or, try a simple but delicious Chicken and Caramelized Onions Tagine to please the pickiest eater. Not into meat? This Berber Vegetable Tagine packs all the punch of traditional Moroccan flavors while loading up on a variety of vegetables. You can find these recipes and more by clicking the recipe names or click here, which will direct you to a Moroccan food blogger and expert, Alia (a GlobeIn staff favorite site for Moroccan recipes). 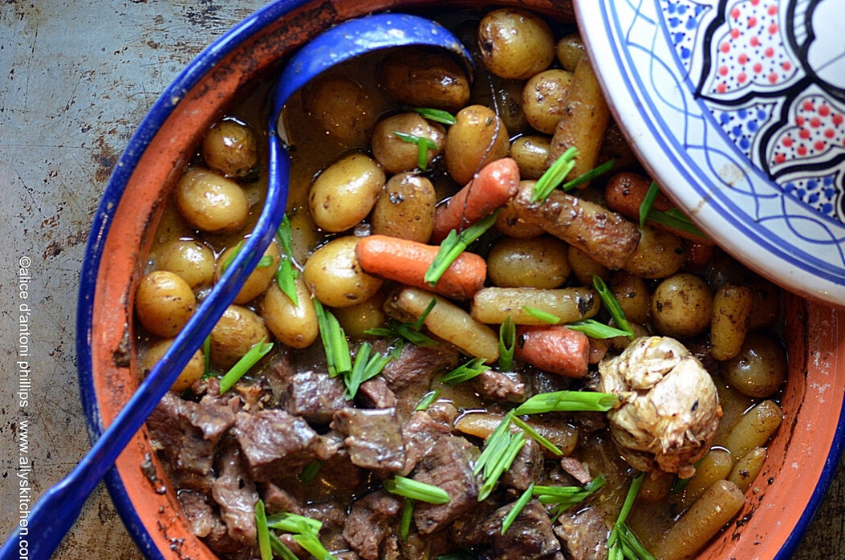 in Virginia with her husband and four children, Laura enjoys writing and is an avid reader, as well as one who tries to raise as much awareness as possible about ethical brands and causes, while building community with those who are of the same mind. She thoroughly believes deep conversations happen around a dining room.