The death toll of Hurricane Matthew has reached 900 and is expected to rise. Following the earthquake in 2010, disaster aid organizations were criticized for their efforts that hurt more than helped Haiti. For example, food handouts crashed local prices and undermined local farmers. Residents told aid groups that they don’t want tents and tarps, but rather nails, hammers, and tin so they can rebuild, according to this article on Devex.

What have we learned from 2010 that can be applied today is that Haitians need sustainable sources of work and income so that one day Haitians will no longer need handouts or disaster aid. 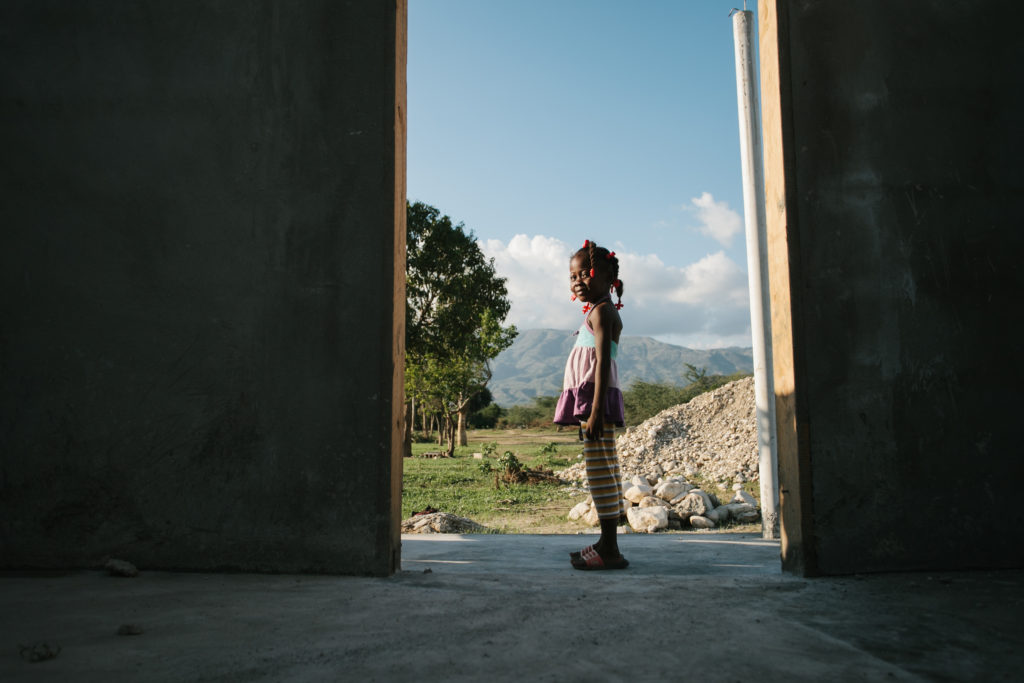 In an effort to be part of the sustainable aid and help Haitians following Hurricane Matthew, GlobeIn is partnering with Haiti Design Co-op and New Story Charity to help bring stability to this small island nation.

Starting now until the end of December (or while supplies last), GlobeIn will be selling Haiti Design Co-op’s Elsa the Elephant at cost with the option to add a donation. One hundred percent of your donation will go to New Story Charity, who will build a disaster-resistant home for a family in Haiti.

New Story Charity believes that a home is not just four walls. They work with locals to build disaster-resistant houses for families, utilizing local resources, employing local construction workers, and using participatory design for the creation of a home that can be used for generations. Each home provides a family with not just four walls, but also electricity, running water, and stability. 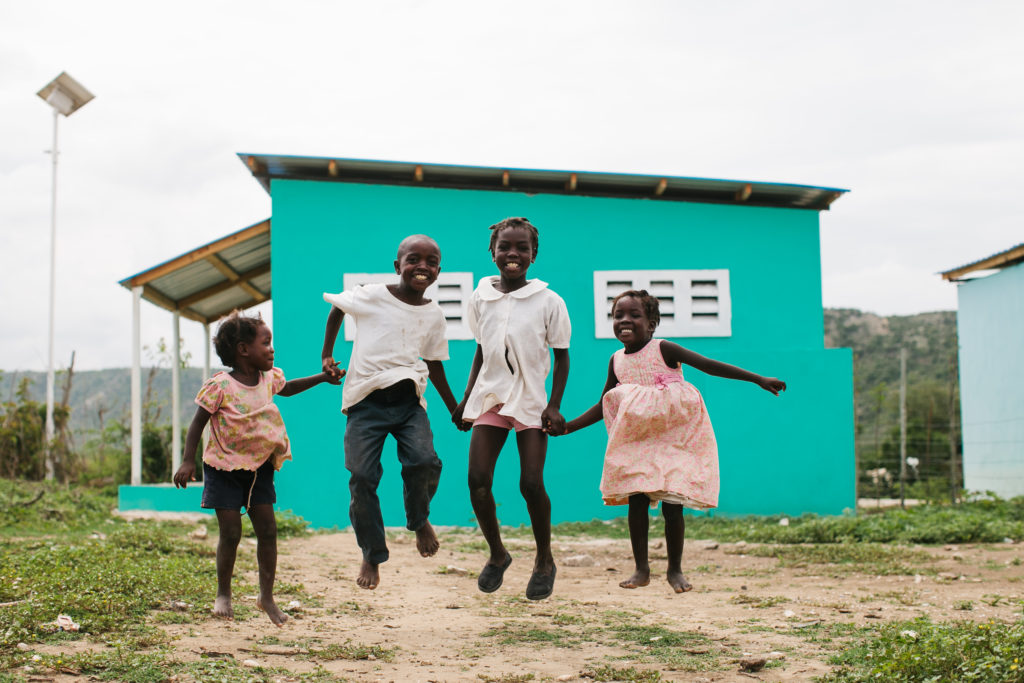 New Story Charity has already built 211 homes in Haiti. All of them withstood Hurricane Matthew and helped protect over 1,000 lives.

It takes $6,000 to build a home. With the minimum $5 donation, we only need 1,200 customers to purchase Elsa the Elephant to fund a home for a Haitian family affected by Hurricane Matthew. If everyone purchased Elsa the Elephant with a $10 donation, it would only take 600 customers to fund a new home, and so on. Options are to donate up to $80 through the GlobeIn shop.

“We’re so excited that GlobeIn is leading by example to help Haiti in this time of need,” said Matthew Marshall, New Story Charity’s CEO and Co-Founder. “Thousands of homes were destroyed by Hurricane Matthew. It’s through campaigns like this that families will have the safe foundation for future disasters as well as for education, health, and income.”

It takes workers at Haiti Design Co-op one hour to deftly bring together leftover denim remnants, an oil wick, and fabric scraps to make Elsa the Elephant.

This little creature is this Haitian phrase in action – “Se grés kochon-an ki kwit kochon-an.” The literal translation is, “the oil of the pig will cook the pig.” To put it plainly, “Waste not, want not.” The denim fabric is leftover from jeans factories in the Dominican Republic, the tail is made of material commonly used for oil lamps in Haiti, and the fabric scraps are saved from the Haiti Design Co-op’s sewing team.

The idea is to do the most you can with what you have. 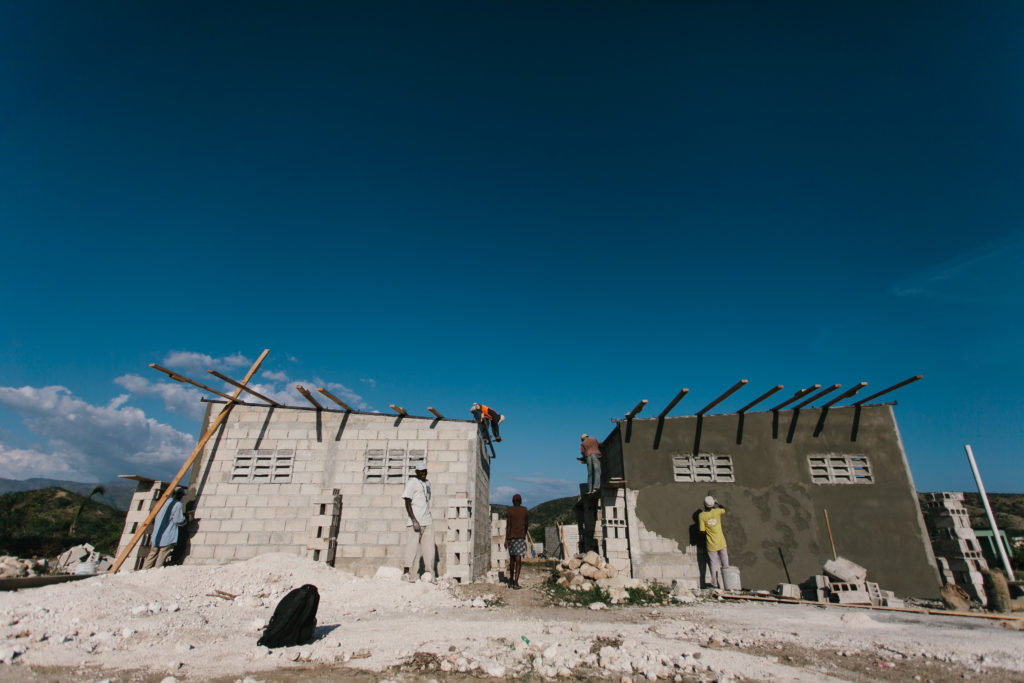 Learn more about the New Story process and how this startup is looking to improve the lives of people affected by Hurricane Matthew. The GlobeIn for Haiti campaign, funded by the sale of Elsa the Elephant and donations from the GlobeIn community, will pay for the construction of a house in Jeremie, Haiti, one of the hardest hit areas of the island.

As part of a successful campaign, GlobeIn customers who participate will be sent a video of the new home built and the family that will be living in it.

Make sure to share with your friends and explain why Elsa the Elephant and GlobeIn is using Fair Trade to charge the way for sustainable change in Haiti. 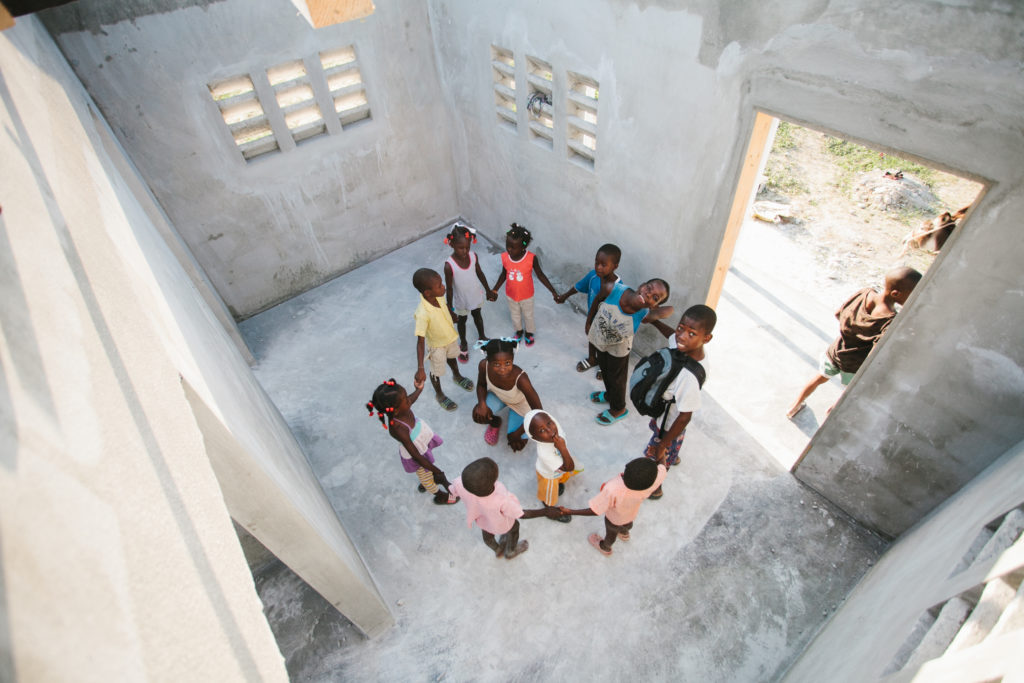 At Haiti Design Co-op, they use the moto, “Men anpil, chay pa lou.” It is an old Haitian proverb meaning: “Many hands make the load light.” Purchase Elsa the Elephant and lighten the load by funding work for Haitians, bolstering the economy and making a lasting impact.