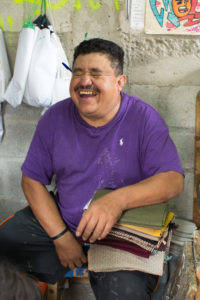 May 1st is also known as May Day or International Worker’s Day. In the US, we celebrate Labor Day in September. But, the rest of the world celebrates May Day as a tribute to workers everywhere. In honor of the Fashion Revolution and workers around the world, GlobeIn is creating a movement towards slow fashion that provides dignified, stable work to people of all countries.

We are not the only ones who share this vision.

Bethany Tran, Founder of The Root Collective, is in business to make the world a kinder place. This shoe and accessory company operates from La Limonada, one of the most dangerous slums in one of the poorest countries in Central America.

“If you live in Guatemala and you know La Limonada, you don’t go there,” describes Tran. “There is that perception, and some of it is true, but you’re not going to get shot just for walking into a slum.”

Having spent years traveling to Guatemala, Tran has personally felt the tragedy of loss that touches the lives of La Limonada. A 14-year-old she taught during art camp was killed at his cousin’s funeral last year.

“You don’t go from one barrio to another, except for funerals,” describes Tran. “So a lot of kids are killed at funerals. The median age in Guatemala is 25-30. Death comes for people early.” 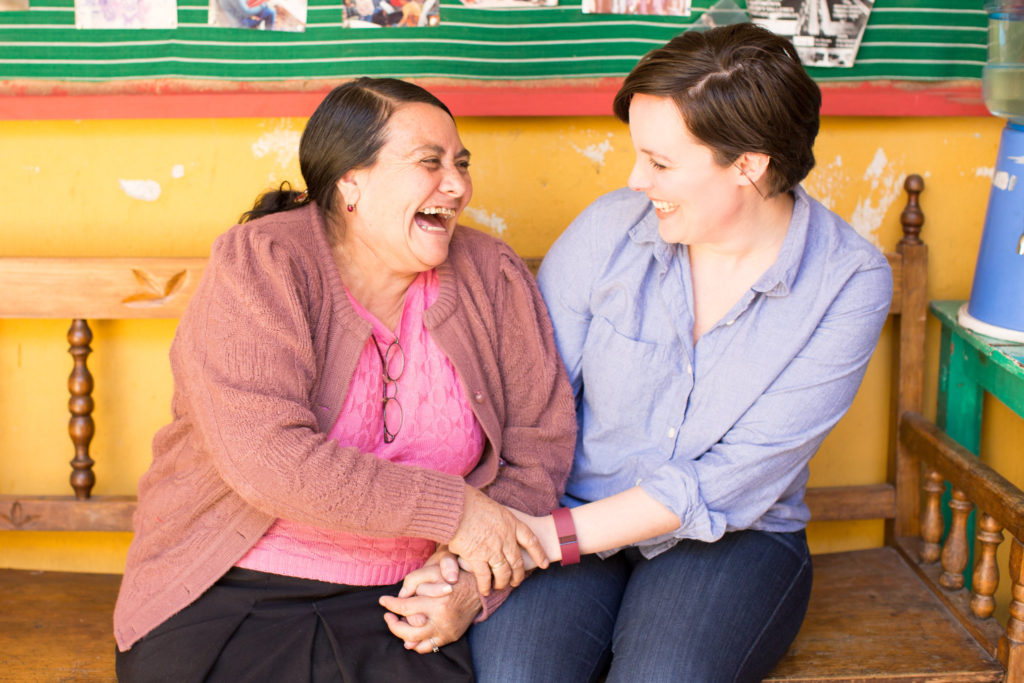 A HOLISTIC APPROACH TO CONSUMERISM

“Someone makes everything you buy.”

Tran, a resident of North Carolina, was inspired by the fatal incident on April 24, 2013, that sparked the Fashion Revolution movement. This movement was a call to creating more transparency and fairness in the fashion industry. Tran wanted to be part of the change.

“It’s an industry-wide problem that needs to be addressed,” exclaimed Tran. “What sent people to those factories was their poverty. I’m not okay living in a world like that.”

The business aim was to help with poverty alleviation, but Tran also wanted to create awareness around consumption in general.

“It’s easy to buy a fair trade piece of jewelry and go and buy a $5 top at Target,” explains Tran. “We need to look at how we’re consuming as a whole. I wanted to take it a step further and let people know, ‘Hey, someone makes everything you buy.’”

FROM CORPORATE AMERICA TO B CORP

In 2012, Tran landed a job at Comcast, working on the 40th floor in downtown Philadelphia. When she turned 30, Tran experienced what she calls her “second quarter life crisis in five years.” She had seen Half the Sky, a documentary about women’s empowerment, and decided to finally pursue her dreams of running a social business in Guatemala.

At the time, Tran had no connections or even an idea for a product. She called the only person she knew – Bill at Lemonade International, a non-profit working to uplift the lives of residents in La Limonada. She began meeting people and one-by-one building a business on shoes and accessories.

It took a year for Tran to build The Root Collective. Today, their shoes are sold in 16 different brick-and-motor shops, including an online store. The Root Collective donates profits to Lemonade International because they believe in the importance of providing a complete solution to poverty alleviation.

“It’s important for mom and dad to have jobs, but also that kids go to school,” Tran explains. 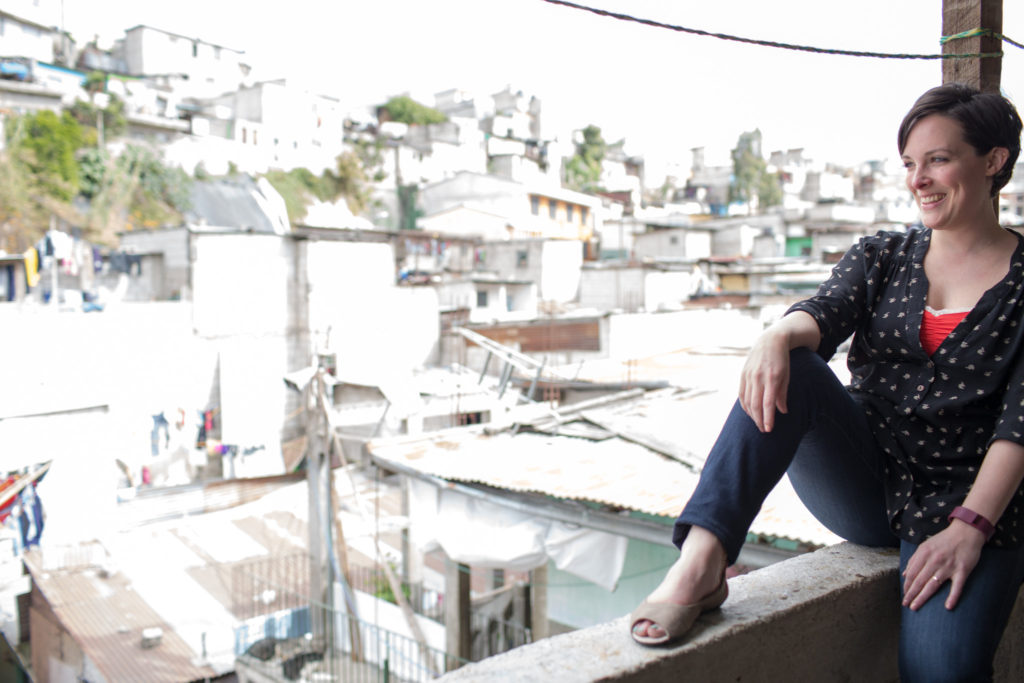 TRAVEL CHANGES THE WAY WE SEE THE WORLD

Tran first visited Guatemala in 2008 to visit a friend. That first visit changed the way she viewed and understood poverty.

“The thing that really stuck with me that first trip down there was that I had no idea what is really going on in the world,” admitted Tran.

Tran describes La Limonada as a place where gangs rule the streets and police refuse to get involved. The people are invisible to the government. Nothing is documented, not even the number of people living there, although some estimates say 60,000. Residents of La Limonada lie about where they live in order to find work.

Having specialized in marketing, Tran felt that she had none of the product development or international business knowledge necessary to start her own company.

“I put it off for a really long time because I was terrified,” said Tran. “I went back down over the next three years. And you keep waiting for someone to do something, but if you educate a kid and there’s no job for them, there’s no change.” 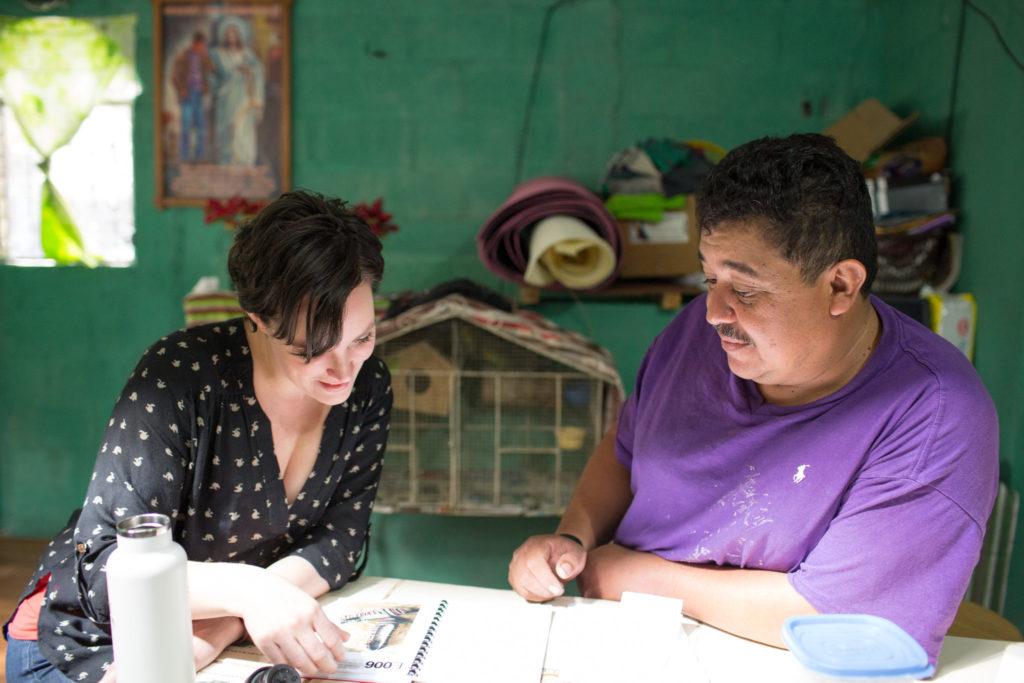 THE ROOT OF A MOVEMENT

The Root Collective is now completing its third year of business, operating in an area ruled by gang violence. Tran’s first partnership began with Otto.

An unforgettable story, Otto was a former gang member who turned away from the lifestyle after a fateful day robbing a bus. He began a business making shoes, learned when he was 10. He knew that former gang members have difficulty finding employment. Gangs “brand” their members by tattooing their neck and faces, often leaving young men with no other options but to stay with their gang.

So, Otto decided to train young men to make shoes, creating jobs and passing on this sacred trade. Today, Otto oversees a team of 7-10 artisans. All of have managed to stay out of gangs. This is success. 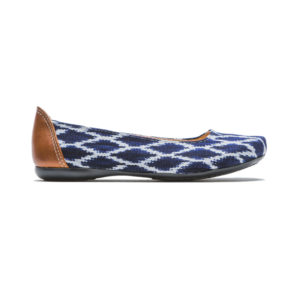 In April of last year, GlobeIn included a gift card for The Root Collective’s online shop in the Threads Artisan Box. Today, 150 GlobeIn customers are now owners of a pair of hand-crafted shoes made by Otto’s team in La Limonada, Guatemala. These orders are the equivalent of 350 hours of work for The Root Collective team.

On her life journey and seeing the world, Tran says, “It’s really important to get out of your bubble. Things change, you change, when you travel.”